I was finally able to squeeze in some reading time in between getting the Christmas shopping done, so let's do some one sentence reviews of this weeks new releases before we get to picking the next random book.

In fact, that Power Girl cover is so good, let's take a closer look at it side by side with the original. 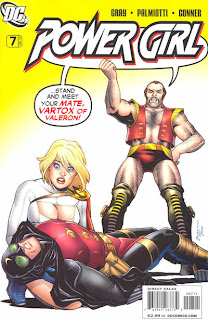 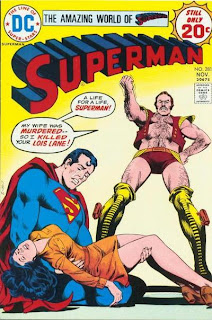 It takes some serious balls to pull off a costume like the one Vartox is sporting, and from this vantage point I'm not quite sure that he has the necessary requirements. He is an alien however, so I'm sure they're just located somewhere else.

I think we better get to picking the next random book to review, before I have to start having some uncomfortable conversations with myself.

Take it away Randomizer... 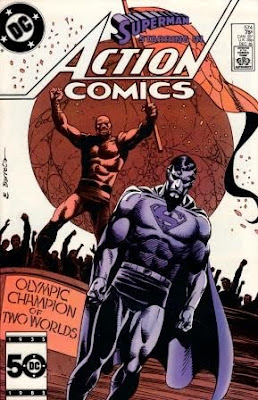 Speaking of nifty covers, there's a nice dramatic one from Eduardo Barreto. He's definitely one of my favorite cover artists from this period of Superman stories.

Here's another one that I always liked that has a similar composition. 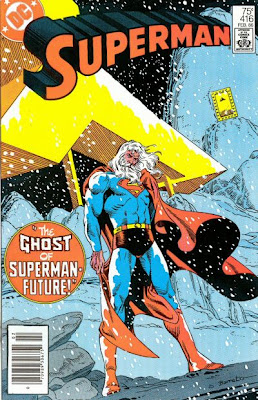 It's a shame he never did more interior work for these titles, as he draws a nice looking Superman.

Come back in a day or two for the review to see if the insides live up to the dramatic cover. It's pre-crisis Superman, so I'm just guessing here, but it's probably going to be somewhat more brightly colored and optimistic.
Posted by TomO. at 9:44 AM