So here's a first for me (and it's also something I completely forgot about until earlier today). This post will actually be the second time that I've written an on-line review for this very issue. The sharper readers among you are all ready to point out that this is the first issue of Wolverine that we've reviewed here...and didn't I just mention that very same fact a post or two ago?

Well you're right, and to find that first review we're going to have to go way back to ye olden days of the internet. Back when we used to have to walk uphill in three feet of snow to access our dial-up modems in all of their 56 kbit/s glory. The year was 1998 and my isp was AOL. I can't quite remember too clearly, but they used to offer some sort of limited, five-page website/myspace like thing. Being the vanguard of the internet frontier that I was, I thought I could use it to throw up a review or two.

Also at this time, Claremont was making his first return to the X-Verse after his rather abrupt departure after relaunching X-Men back in 1991. What better issue to kick off my new review site with than this one?

Obviously, nothing ever amounted to that first foray into internet stardom, as I think I may have written three reviews before moving on. Who knows how different the internet would be today if I had stuck with it, eh? If I get some time this week, I'm going to do some digging to see if I can unearth a copy of that review. It's got to be on an old floppy disk somewhere, but the hard part is going to be able to find a computer that still has a floppy drive in this USB flash drive world.

So what did I think of the issue back then? I remember really liking it, and you know what? It still holds up pretty well upon rereading.

Logan's Run! Here's the thing...I've been pondering over how to approach this review for over a week. As I said earlier, it's a pretty good issue that still holds up, but for some reason I'm having a hard time getting a handle on making this an entertaining review.

I could do a straight summary but this issue is forty pages, and these are forty pages written in Chris Claremont's wonderfully wordy style. To make matters worse, the first ten pages are a dream sequence! Nothing makes me lose interest more quickly than having to read or watch somebody else's dream.

On top of that, Wolverine doesn't even show up until over halfway through the issue. What we have instead is sort of a This Is Your Life-like trip through the ladies of Logan's love life, with Jubilee as our guide.

Haunted by dreams of Logan in trouble, it's up to Jubilee to keep him safe from his pursuers. Who are the people chasing him? None other than all of the ladies that Logan has been close to over the years...Jean Gray, Rogue, Yukio, Psylocke, Tyger Tiger, Jessica Drew, and Shadowcat. 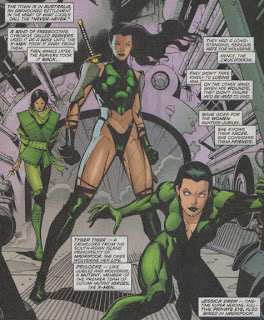 They're all decked out in Viper green, which makes you think that maybe she has something to do with all of this. Spoiler alert...she does, and it's up to Jubilee and Shadowcat to find out what it is and keep Wolverine safe at the same time.

So why does this issue work so well?

Let's find out, but here's the thing, I don't think I'm going to convert anyone over to being an X-Fan with this review. I completely understand why some people aren't and have no interest in being one. Hell, it's been six or seven years since I've considered myself one. But I cut my teeth on Claremont in the mid-80's, so I've always allowed Claremont (and his excesses) a rather long leash.

Instead, I'm just gonna take a rather stream of consciousness trip through this issue and point out what I did enjoy.

This man is responsible for some of the most enjoyable comics in my collection. The 80's was a glorious time to be an X-Fan, and a big part of that can be laid of the feet of this man. Unfortunately, his track record since leaving the X-Men for the first time has been rather lackluster at best. 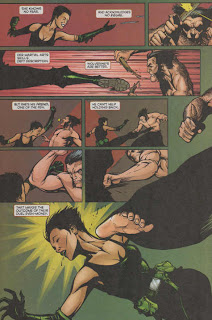 That dialogue just shouldn't work when being read with a straight-face. There's a fine line between corny and bad-ass, but somehow he manages to straddle it with no problem.

It also makes his eventual reveal in this issue send chills up my spine. 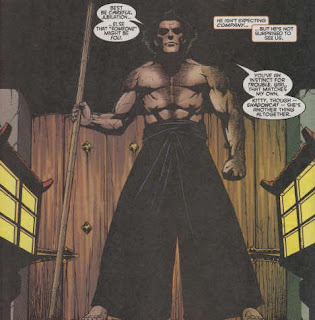 You see, you read that dialogue in a vacuum and it's just gonna fall falt. But if you put it in a dialogue box with the arrow pointing at Wolverine...it's game, set and match! It also doesn't hurt to have the image drawn by Leinil Francis Yu. And speaking of...

I remember this guy starting out on Wolverine about a year before this issue came out, and he really had a style that stood out and made me a fan right away. Following Adam Kubert and Marc Silvestri on Wolverine is no easy feat, but Yu's style was very complimentary to what had come before, while at the same time being a little slicker and less aggressive.

From the opening shot of Jubilee on the run-- 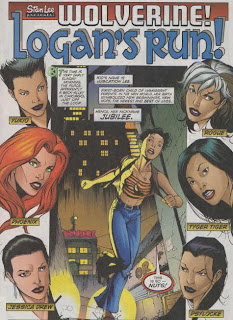 --to the debut of a couple of deadly ladies-- 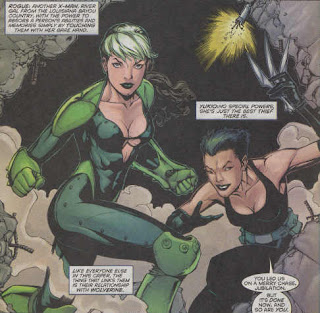 --to the Jubilee and Shadowcat fashion show-- 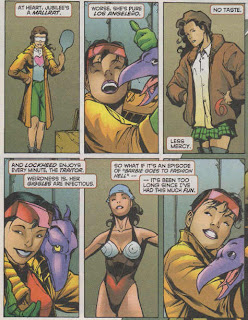 --to the big throwdown between Viper and Logan-- 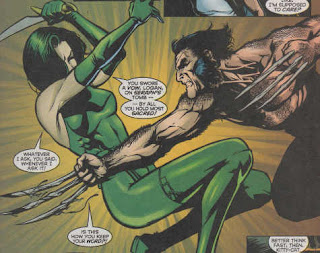 --he gets it right every time.

The Dick Grayson and Tim Drake to Wolverine's Bruce Wayne. 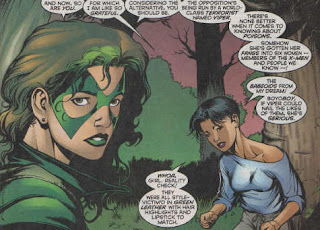 Wolverine needs a sidekick like Batman needs a Robin. He doesn't actually, but the fact that he has one humanizes him and brings him back down to earth. Some of my favorite Wolverine stories have also involved either Jubilee or Kitty Pryde. Throw 'em both together, and it's winner winner, chicken dinner!

I make no apologies here, but I don't think we've learned too much here except for the identity of a few of my biases towards what makes a good Wolverine story. Your mileage may very, and I'm pretty sure it probably does. I haven't read a new issue of a comic with Wolverine in it since Rucka's run, maybe? Somebody's enjoying them though, as he's what...in about a dozen different books these days?

That right there makes me glad that I have issues like these in my longbox collection to fall back on.

Now that I think of it, I think there is one thing that I've learned while rereading this. Even with all of the books that Wolverine's in, I think there is actually room for one more that I would actually read. Give me a Wolverine/Shadowcat/Jubilee team book, similar to a Birds of Prey type thing, written by Chris Claremont and I just might be tempted to break my current Marvel embargo.

All characters and artwork reproduced are (c) Marvel Comics
Posted by TomO. at 9:21 PM