As I mentioned on the last post, I just recently reread this issue so the events are pretty fresh in my mind. It doesn't help, that this issue serves as a vehicle for reprinting bits and pieces of stories that any Avengers or Marvel fan should know by heart. And honestly, if you don't know what happened in Avengers #4, you should probably just hang it up.

I'll cut the non-Avenger reader some slack if they're unfamiliar with Wonder Man's introduction in #9, and I might even be lenient about ignorance with the first big wholesale line-up change in issue #16 if you catch me on a good day.

And you know what? Today is a good day, because this issue reprints those exact issues. So while we don't get a new Avengers line-up until the next issue, we are treated to some highlights of the first year and half of Avengers history, courtesy of Messrs. Lee and Kirby. If that wasn't enough, we also get a framing sequence by Steve Englehart and George Perez.

Let's get right to it, and in the interest of still having something to say when and if the Randomizer picks issue #9 or 16, I'm going to forgo the full on review and just geek out for the remainder of this issue and soak up all that Lee, Kirby and Perez have to offer.

Since this was the anniversary of 150 issues of The Avengers, let's see if I can find 150 things to geek out about in these eighteen pages. Everybody synchronize your watches, and we're off... 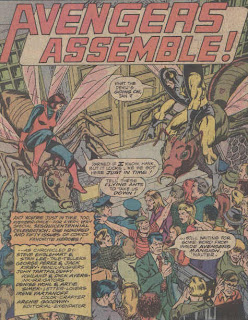 I'm probably cheating by listing the creative team separately, but I gotta get to 150 somehow. Besides, those guys are legends and deserve the honor. And while I've acknowledged that I'm playing fast and loose with the rules, these guys ain't nothing to sneeze at either... 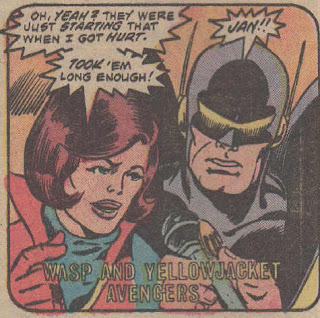 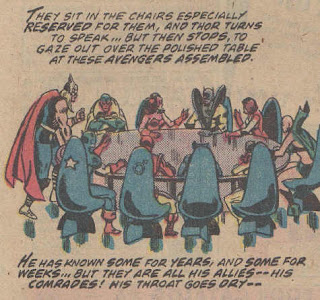 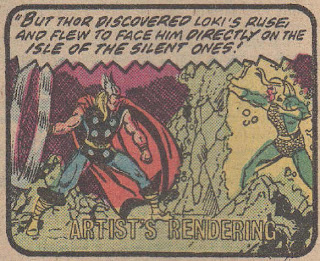 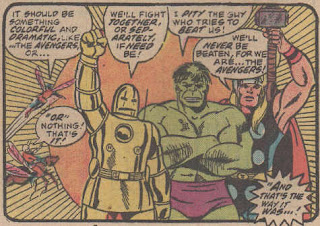 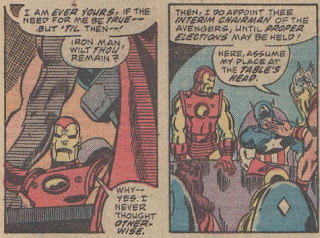 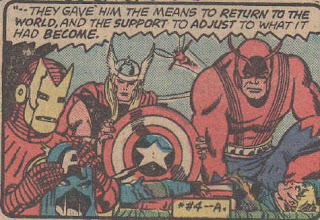 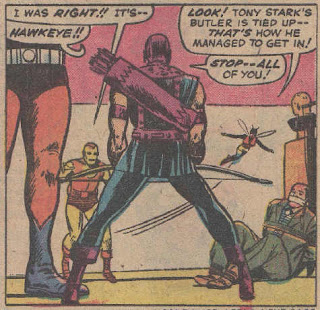 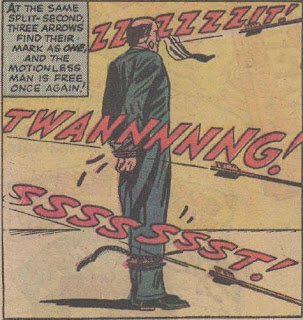 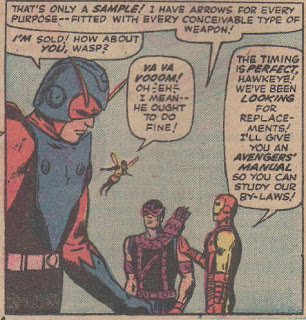 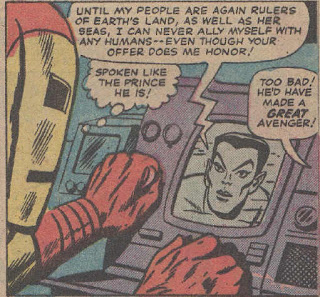 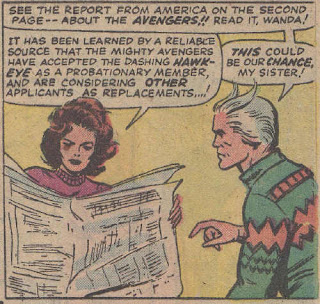 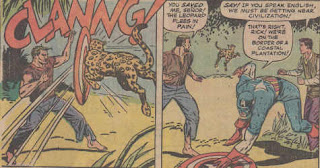 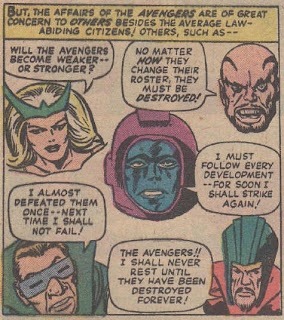 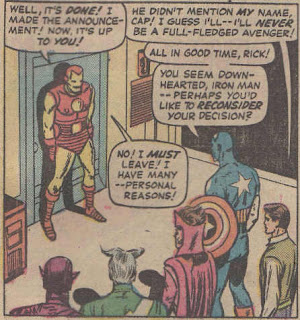 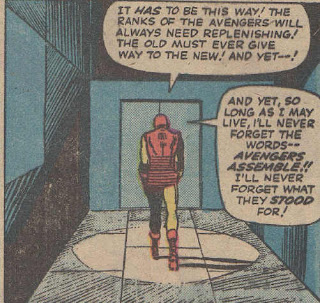 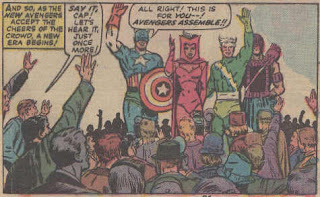 And that brings the 150th issue extravaganza to a close. Let's see how we did on our quest to find 150 interesting things about Avengers #150. After totaling up the judges scores, it looks like we got to 69...so close, so close.

Lucky for you, you won't be going home empty-handed. That's right, along with the home version of the Random Longbox board game, every reader will also be going home with the identity of the new line-up that was teased in this very issue, but never revealed.

(oh, and spoilers I suppose, for those of you not up on your 34 year old continuity) 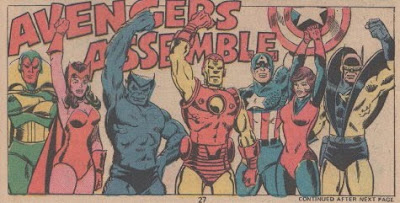 As far as line-ups go, it doesn't get much better than that.

All characters and artwork reproduced are (c) Marvel Comics
Posted by TomO. at 10:08 AM